We regret that we will not process any further information 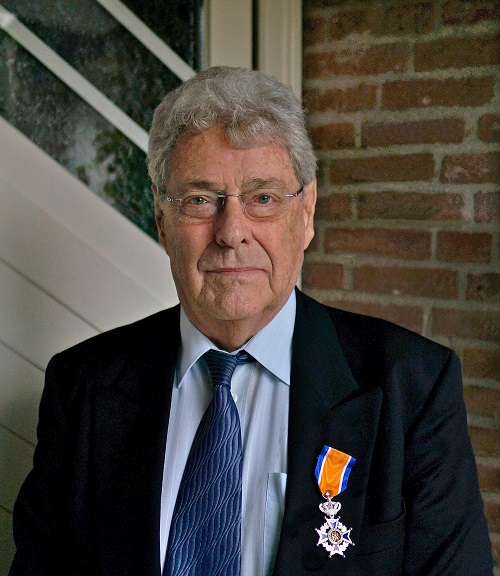 They ate starch and rats, died of exhaustion, malaria, dysentery, beri-beri and tropical ulcers. But on 15 August 1945, the same day the Japanese surrendered and the red Japanese sun finally set, the death railway from Pakan Baroe to Moeara was finished. The last spike was hammered into the railway sleeper by the Japanese themselves. A copper spike in lieu of the gold one traditionally used.
Only few of the starving survivors who had built the 220km (137.5 miles) long track through the Sumatran jungle and who were ignorant about the Japanese capitulation, witnessed the inaugural connection of the tracks constructed from the North and the South towards each other. 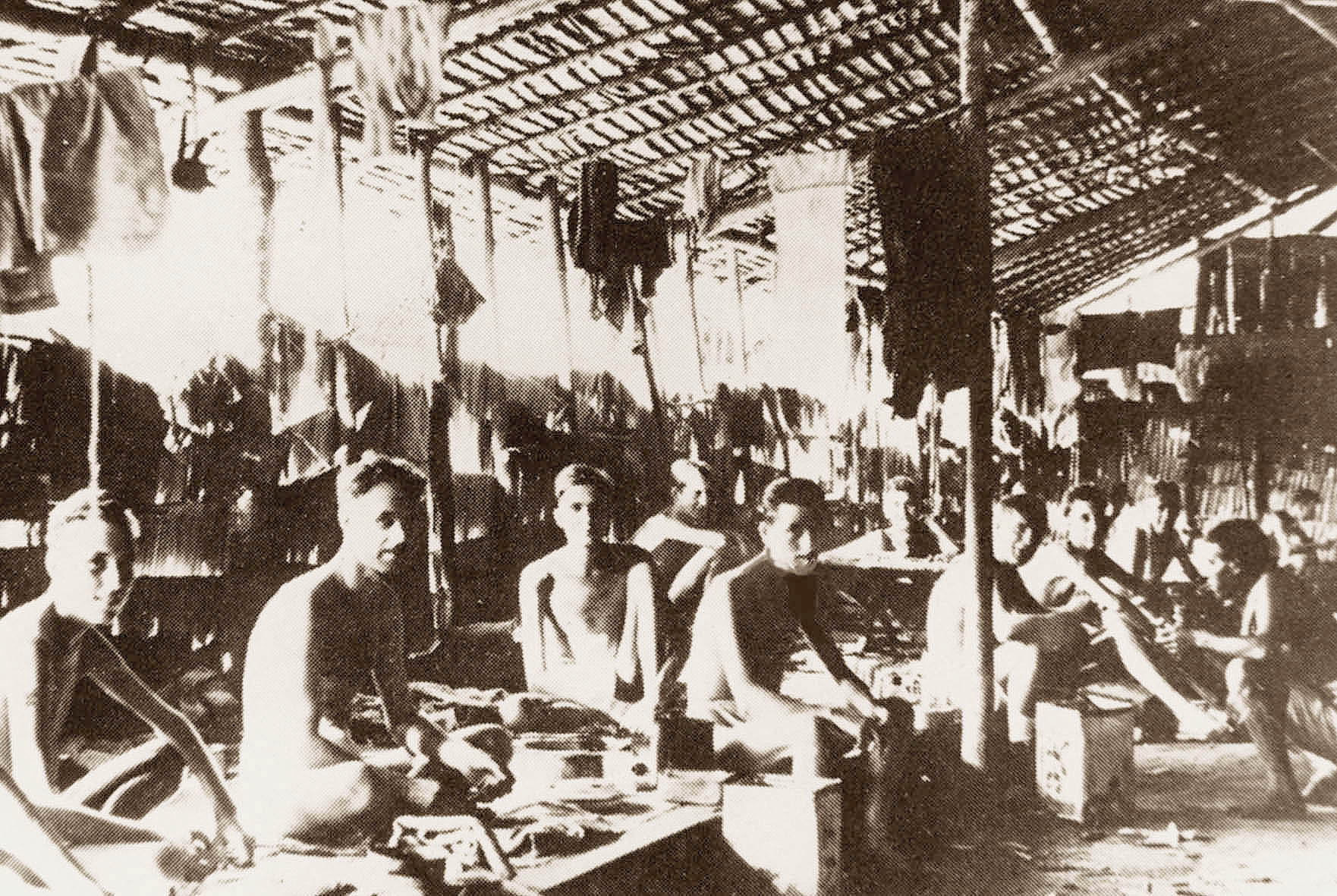 A total of 6,593 POWs were shipped out or put on transport to work on the railroad. Of these, 1,818 POWs died on or as a result of the torpedo attacks of the 'Harugiku Maru'/'Van Waerwijck' and the 'Junyo Maru' combined. 698 POWs died during the construction of the railroad.

Of the POW's who worked on the railroad, roughly 3,700 had been in the Royal Dutch Indies' Army, 855 were British. approximately 200 Australians and 10 Americans.

Ships sunk while transporting prisoners to the Sumatra Railroad 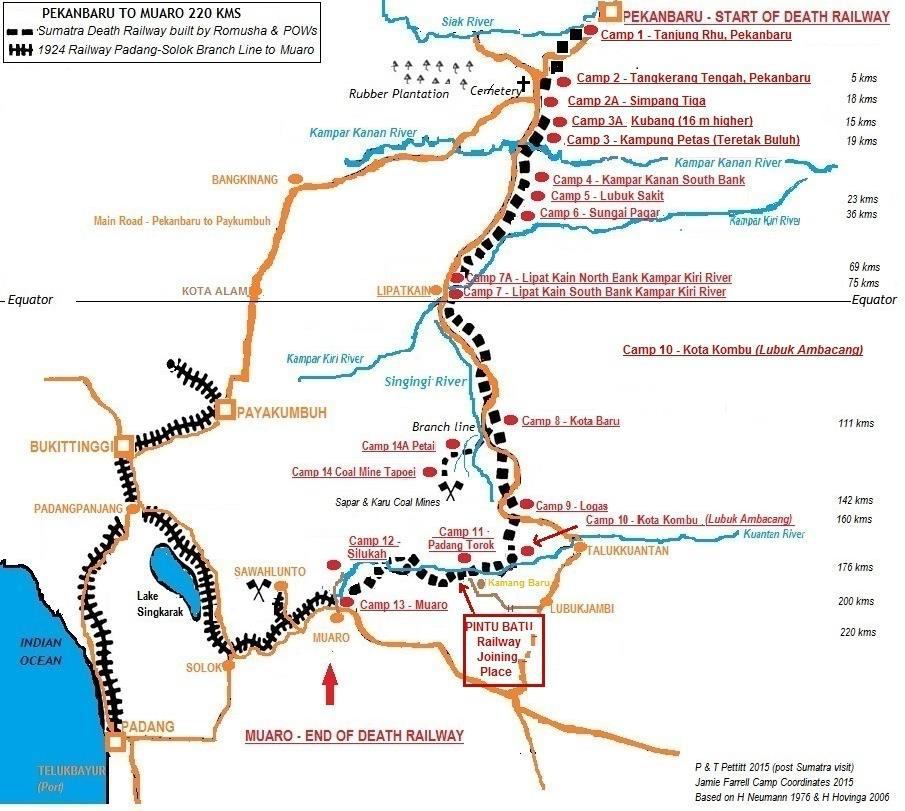 Click on each and every camp on the ENLARGED image to get detailed infomation about that camp, or select from the 'list of camps' menu. 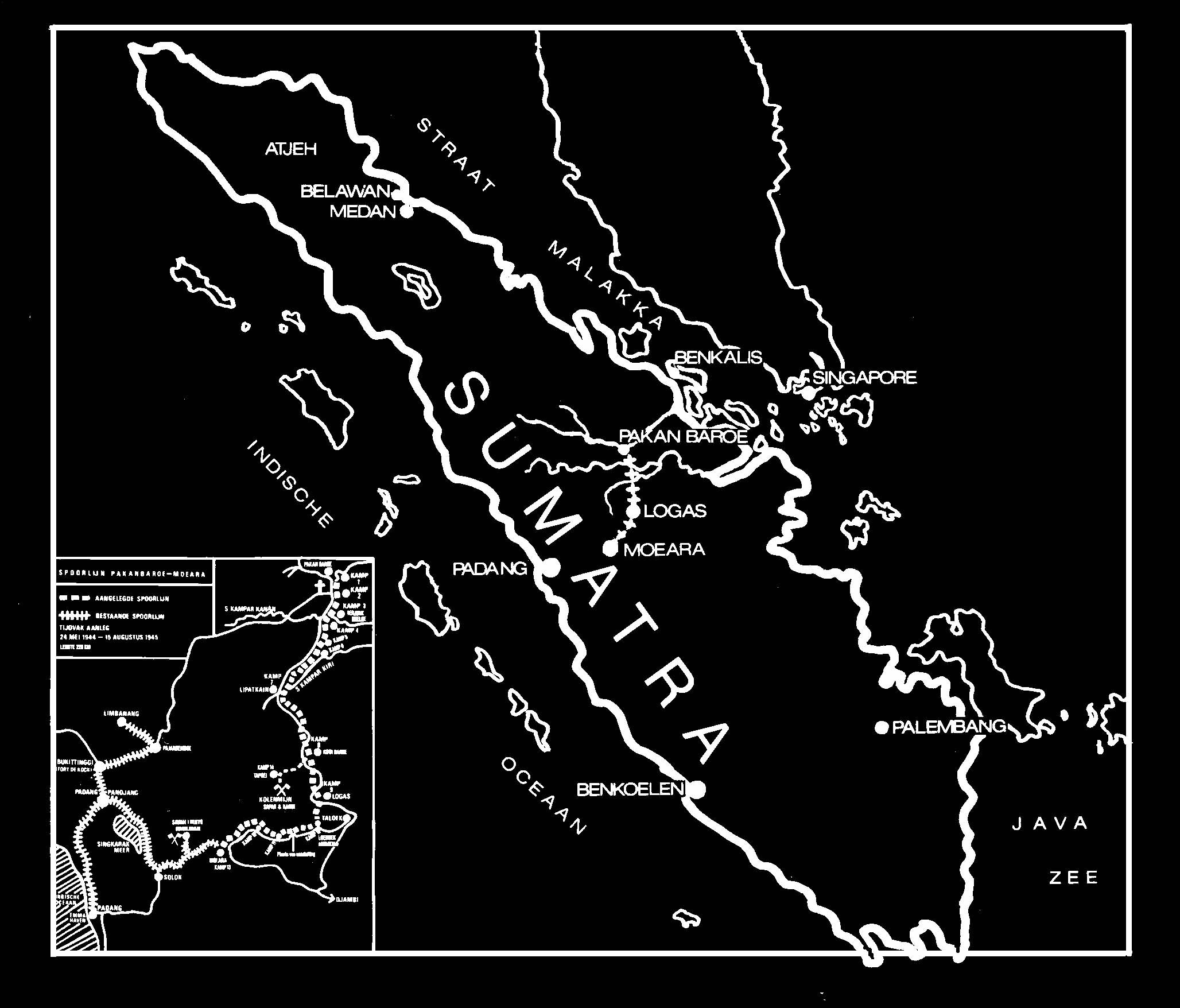 Completion of the railroad

The railroad was completed on the day the Japanese surrendered, 15 August 1945. Read more. 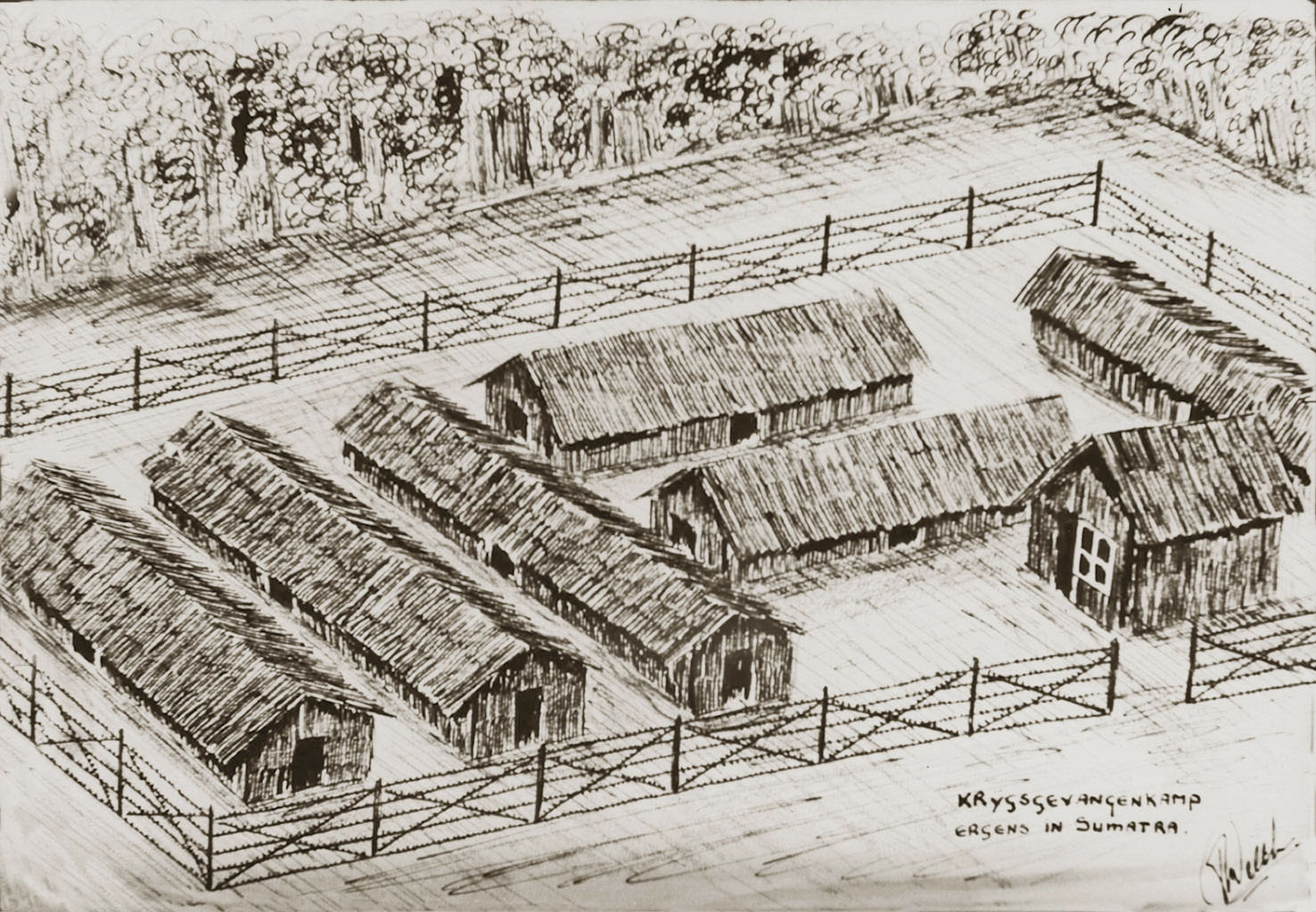 Hell ships to Sumatra (in Dutch)